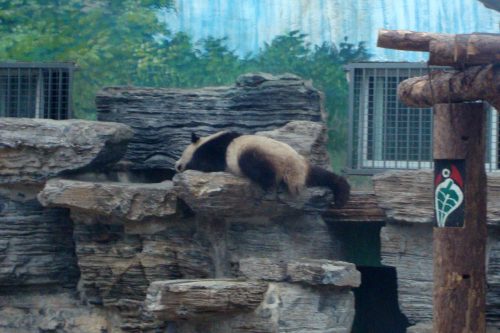 The giant panda is no longer an endangered species. The International Union for Conservation of Nature Red List of Threatened Species downgraded (upgraded?) the status of the much-adored creatures to “vulnerable” on Sunday, citing a 17% increase of pandas in the wild from 2004 to 2014. That’s actually fewer than 300 more pandas in a 10-year span, but I guess it’s progress for an animal that’s too lazy to live.

Anyway, hats off to all those wild pandas that participated in the census. And congratulations to China, which stopped mowing down the bamboo forests to make this happen!