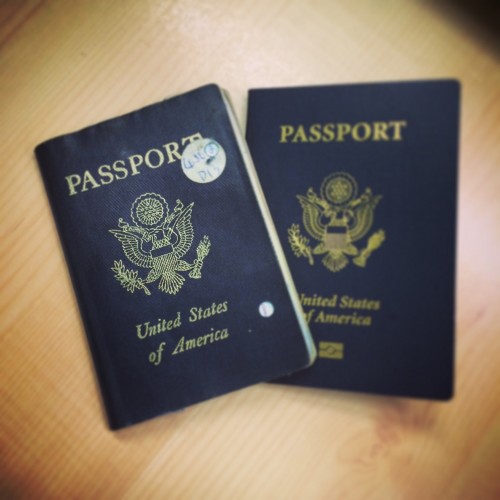 When I applied for my first adult passport, I never thought I would actually go anywhere with it.

Nine years later, it’s been stamped by 19 immigration controls — excluding US and Canada — and filled with Chinese visas. I even added 48 pages to it a few years ago. It’s been stickered all over, and tattered and soaked by at least two major downpours, which made the photo page all blotchy. Whenever I tried to cross a border, officials on both sides would do a double-take; sometimes they’d even say something:

I didn’t care.* I flashed my battered passport like it was a badge of my travel cred. I’ve been places, yo. It didn’t help that I had to use it so often within China — signing leases, conducting bank account transactions, booking trains and flights, registering with police, even getting a local phone number. I began taking it with me wherever I went, despite all the travel advice not to. My passport number, issue and expiry dates are seared into my memory. I was one with my passport.

And now I’ve gotten another one, one with fewer 4s and more 5s :(

* This is a lie; I always got super nervous whenever I needed to present my passport because of the damage. But apparently it’s no big deal because my passport was never rejected.